About the Varley Red Top and Varley Lithium Brands

The Varley Red Top Motorsport Battery Range from DMS technologies has been the PREMIER choice for the professional and club racing driver for some 60 years and the batteries have evolved over time to meet the changing demands of both motor racing or rally disciplines. The qualities of their compact size. Lower weight and good cranking power made the batteries equally popular in the aviation sector too.

With a broad range of technical capabilities we can also advise our customers regarding their power requirements and if required can design and produce specific battery power solutions to meet individual specifications.

Our products are available worldwide via our network of specialist distributors, selected for their knowledge and competence within either motorsport or aviation.

For over 50 years, the name “Varley” has been associated with high performance batteries, manufactured for use in extreme situations. The brand name became popular in the 1950’s when supplied to the Royal Air Force for use in their fighter aircraft. “Varley” batteries first went supersonic in 1956 on a Fairey Delta 2.  This was also the first aircraft to break 1000mph, flown by Lt Cdr Peter Twiss at 1132mph in straight & level flight on March 10th 1956.

Historically, “Varley” batteries were constructed using “Fuller’s earth” to absorb the electrolyte, making the batteries effectively dry. This increased the product’s safety, vibration resistance and also allowed the battery to be used in any orientation. All of these are important requirements for aircraft applications, and just like many other technologies (such as carbon fibre), the aviation industry led the way for motorsport.

Throughout the 1970’s, “Varley” batteries were used on many racing cars, including Formula One. A sponsorship scheme was also created with one of the biggest racing series, the Monoposto Racing Championship www.monoposto.co.uk.

In 1985, the “Varley” brand was acquired by DMS technologies, who used new technology and techniques to improve the battery’s safety, performance and popularity worldwide. The name was changed to “Varley Red Top” to reflect the new red colour of the outer casing and AGM (Absorbent Glass Mat) technology replaced “Fuller’s Earth” saving weight and removing the need for maintenance with distilled water. The manufacturing process and materials used were also improved to increase the power to weight ratio of the battery.

Here’s an article from Motorsport Magazine’s archive from 2001 with some interesting references – Click Here to link to the archive.

The “Varley Red Top” brand continues to grow worldwide with increased distribution networks, closer association with OEM’s and trackside support by our knowledgeable and enthusiastic staff. 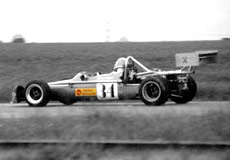 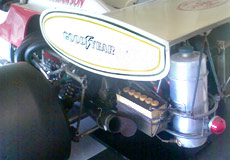 Click on the current “V” logo for a Varley battery advert from 2008.