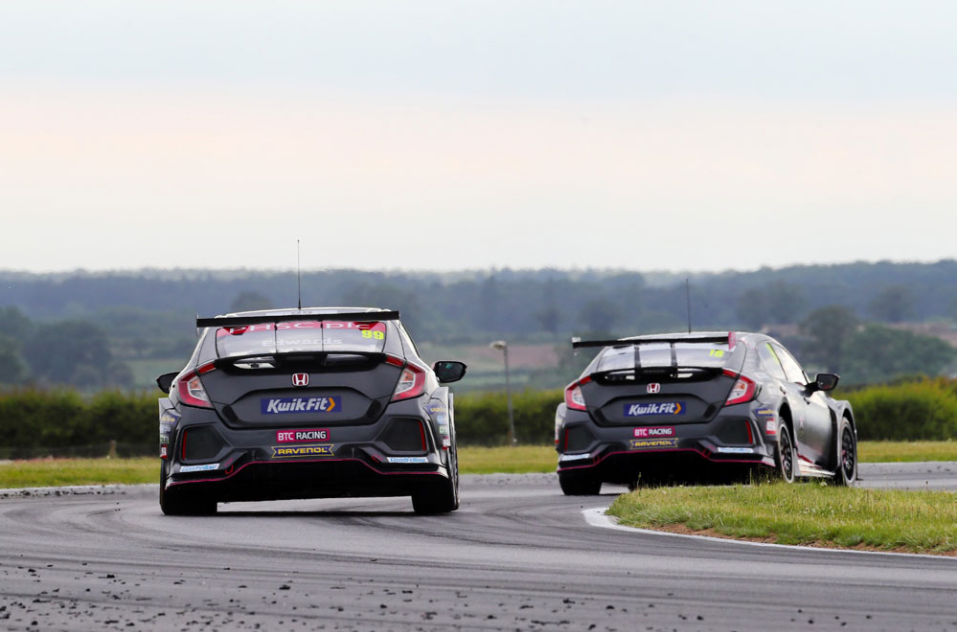 With the very flat surface of the 2.97-mile circuit and two long straights not playing to the strengths of the team’s trio of Honda Civic Type-R FK8 cars, and adding in heavy success ballast for the cars of Cook and team debutant Proctor, the session was ultimately disappointing for the Brackley team.

Double Thruxton race winner Cook, who arrived at Snetterton second in the outright championship and leading the Independents Trophy standings, carried 66kg extra for qualifying – and will also do so in race one. He ended the session 17th fastest overall, 10th quickest in the Independents class.

Proctor, who has to carry 39kg of ballast due to Dan Cammish’s success in the car during the season opener at Thruxton, will begin his first race as a BTC driver 22nd on the overall grid – 14th in the Independents. Jade Edwards, piloting the PHSC with BTC Racing entered Honda Civic, will line-up 25th on the grid for tomorrow’s opening encounter and 16th in the Independents Trophy battle.