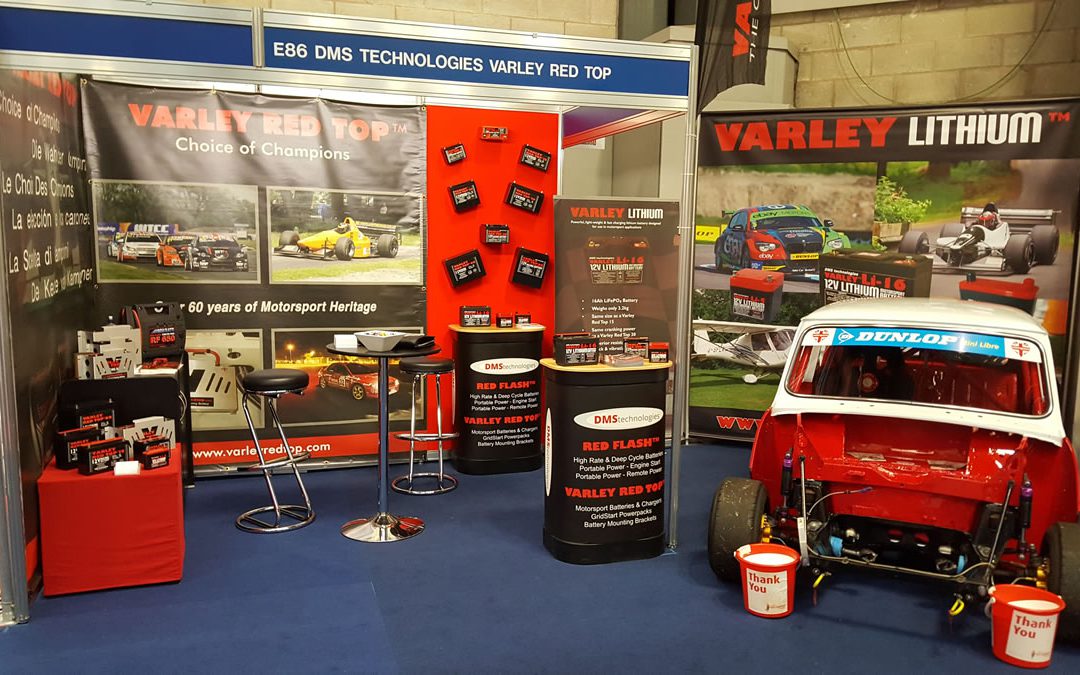 This year we had the Firefighters Race Team Mini as a showpiece, courtesy of David Franks, which of course attracted much attention. The team were then able to move into the main show for the weekend, hopefully raising more money for their cause.

Interest in batteries and battery technology remains high and it is apparent that people in motorsport have become increasingly aware of the benefits and limitations of the 2 main technologies around in motorsport today, namely Sealed Lead Acid and Lithium Ferrous Phosphate.

In addition to race engineers and team personnel the show still attracts many specialist motorsport distributors not only from the UK but also across the globe and we welcomed the opportunity to have positive conversations with many personnel from our network of distributors.