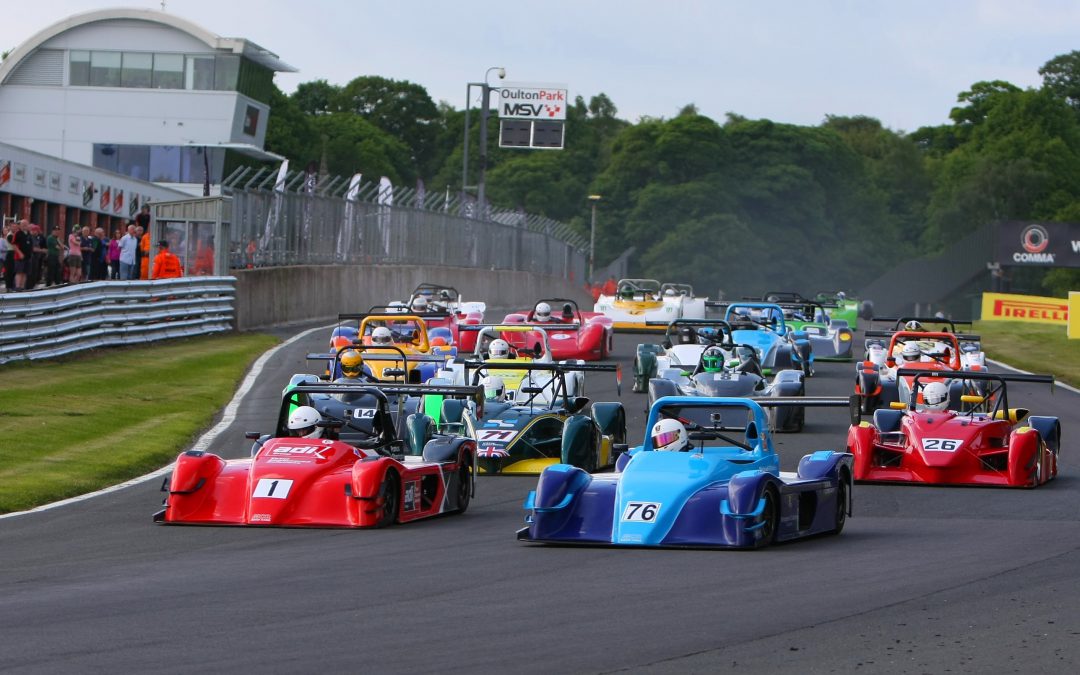 2020 vision – for many that problem means a lockdown. And it nearly was for Motorsport in the UK; however, with some fantastic work by MSUK and MSVR, SRCC Sports 2000 were able to enjoy 4 race meetings and 7 races. As always some great close racing in every category.

For 2021, all being well and the pandemic doesn’t worsen, then we have 6 race meetings and 13 races ranging from 25-minute sprints to a 50-minute enduro race. All the race cars in the Sports 2000 Championship are either powered by a Ford Duratec or a Ford Pinto 2.0L engine, weigh around 500Kgs and race on slick tyres.  The Duratec cars have 200 bhp and reach speeds of 145 mph while the Pinto cars have 135 bhp and reach around 125 mph.

In our Duratec Championship the ‘young guns’ – Michael Gibbins & Tom Stoten, who are both multiple Duratec champions,  will be dicing again for the honours.  And with Michael hoping to be in a brand new MCR, while Tom will have continued to develop his Gunn, the battles will be intense for both drivers and manufacturers.  There are also a number of new driver & car combinations coming into the championship which will liven things up further.

With Pinto cars, which were built between 1977 and 1987, are the foundation of the SRCC (Sports Racing Car Club) the racing is every bit as close & exciting with several ex-champions and again a group of new drivers whose credentials suggest the front of the grid will be a very competitive place.